Ascension’s current pastor is the Rev. Charles St-Onge. Pastor St-Onge grew up in several Eastern Canadian cities, although he claims Ottawa as his home town. His parents lived in Montreal while he completed his undergraduate degree in civil engineering at the University of Waterloo. He then finished a master’s degree in science at Queen’s University in Kingston before moving to the United States to work. While in the US he entered seminary, and completed his master of divinity at Concordia Theological Seminary in Fort Wayne, IN.  He served as pastor of St. Mark’s Lutheran Church in Ridley Park, Pa; as Executive Director of Philadelphia Lutheran Ministries, and as an associate pastor of Memorial Lutheran Church in Houston, TX.  He has been involved in overseas missions, domestic church planting and outreach to youth, young adults and the visually impaired.  He now serves as a missionary with the Lutheran Church – Missouri Synod, working as the area facilitator for mission work in the Cayman Islands, Jamaica and Puerto Rico.  He is delighted to be part of this new phase of Ascension’s ministry, reaching out in English and French to all nations with the Gospel of Jesus Christ. Pastor St-Onge is married to Deborah, and they have two daughters, Olivia and Sophia. 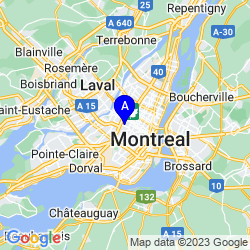